Bay vs Bow Windows: Which One is Right for Me?

If you’re out on the market now to replace your windows or thinking about a major home renovation project, you may have come across the terms bay and bow in reference to windows.

Because of their design, these types of windows can bring a level of beauty and curb appeal to your home that’s thrilling, while also efficiently circulating outside breezes and offer a myriad of angles of sunlight. They’re often remarked as attractive by most people and can even have the advantage of increasing your overall floor space.

You might be wondering a little bit about these windows – their overall design, and which version is better for you. Before we jump into a conclusion, we first need to understand the ins and outs of these windows.

Bay windows are a real vague term that can include all different types of window construction. Unlike other windows bay windows aren’t identified by the number of panes, the type of glass, or even the mechanism of action, but rather as a piece of architecture.

These are structures that protrude outward from the building, often creating its own room or bay. Common angles you find these in are 90°, 135°, and 150° – but many other types are available.

Typically these windows are square, while some triangular bays made up of just two windows are available.

This style of window can be found in architecture dating back centuries all over the world – with the most intricate found in medieval and Arabic dwellings. They’re most notable in found churches during the Gothic period, often used as a small chapel. Today, most people associate bay windows with colonial and San Francisco architecture.

Often confused for a bay window, bow windows differ from them in the sense that their curve is much less harsh and typically encompasses more individual windows. Were bay windows can be used to create its own separate sitting area, bow windows are a bit more elegant and create a more circular angle.

Bow windows are generally more about appearance rather than practicality – they often give the illusion of making a room look more open and larger than it really is. That being said, this type of window can create a little extra sitting space or storage room if made correctly.

Bow windows hit the scene much later than their bay window counterparts and are typically found in 18th-century architecture, often spotted in the United Kingdom and the United States.

Which One is Better?

Neither type of window style can necessarily be considered better than the other, as it’s all determined by the overall theme of your home. If you’re looking at getting a bay or bow window installed in your home you should be at least aware of the overall differences of each.

As mentioned before a bay window typically has three sections while a bow usually has anywhere from four, five, or in some case six – the reason for this is that a bay window will have more extreme angles creating a square appearance while a bow is more curved.

This means that if you want a window that merely opens up space, a bow might be better for you – if you want to actually increase your total floor space a bay window might work better as it actually extends out from your wall.

As imagined, bay windows are typically made of more 90° angles and thus work best on more contemporary homes. The curved angles of a bow, on the other hand, are more fit for Victorian style homes. Bow windows also let more light in while at the same time having the versatility to be wrapped around a corner of your home. Because of their overall form, both bay and bow windows have some distinct considerations when installing. Remember, both these type of windows extend away from your home – especially bay windows.

This means that everything that’s close to the home will also have to move out. The cost can vary dramatically as well – everything from the type of window to the material of the frame, along with less thought of things like shingle type, window tint and so forth.

Also, keep in mind that if you’re adding a new bay or bow window to an area that previously didn’t have one, that means additional permits and fees might be included in the installation process.

That being said it’s best to check with your local government to see if they offer any subsidies on energy-efficient windows. While more expensive upfront, these type of windows can often pay for themselves in a few years by saving money.

Bay and bow windows are similar but differ in important ways – for one bow windows are more of a just a curved window edifice, while a bay window is more akin to a small room addition.

Regardless of the type, both windows can make an area bigger as they provide plenty of sunlight into the room an give a multi-angle view of the outside that most regular windows can’t provide.

Even if you meet the budget of a new window there are a few things to keep in mind – remember this will be extending off of the outside of your home, so any path or patios that are in the way might need to be moved.

When you’re picking a contractor to work on your home make sure they are licensed with the government, are knowledgeable and are courteous. They should offer many different options on your bay or bow windows, allowing you to customize it as you see fit.

Overall, these types of windows can be a wonderful add-on to just about any home and with a little bit of knowledge and hard work you should be able to get a beautiful installation.

We Have It All

Your home renovation project starts at Feldco. No matter what you pick out, Feldco has bay and bow windows available in a variety of colors, grid patterns, and window shutters.  Over 400,000 delighted customers across the Midwest chose Feldco for their best in class products, local service, and professional installation. Speak to a product specialist and get a free quote today. 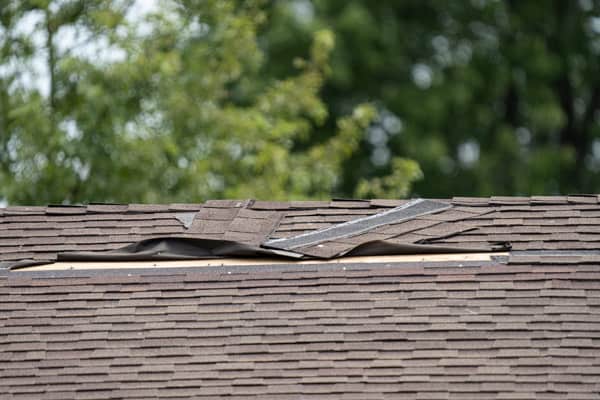